Two people were seriously injured after being struck by a car while driving a lawnmower on Highway 84 outside of Argyle in the middle of the night.

Troy John West, 55, of Manor, and Rose Ann Thompson, 40, were taken by ambulance to Memorial Satilla Hospital in Waycross after the collision early Monday morning on March 16.

According to the Georgia State Patrol report, West was driving a riding lawnmower in an eastbound lane on Highway 84, outside of Argyle, near the intersection of Black Ankle Road, at around 2:13 a.m. Monday, with Thompson as a passenger, when struck from behind by a Ford Escape driven by Deborah Ann Hillman, 58, of Homerville. According to the report, the lawnmower was in the roadway and had no lights.  After Hillman’s vehicle struck the lawnmower, West and Thompson were thrown from the lawnmower, and the lawnmower struck a guard rail. Hillman then stopped her vehicle and waited for emergency personnel. Hillman’s vehicle also was damaged in the accident.

West and Thompson both suffered serious injuries, but survived the collision. West is facing a number of charges related to driving a lawnmower on a state highway, according to the GSP. 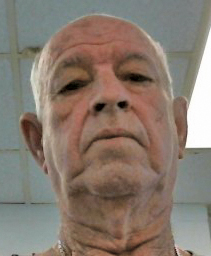