A 16-year-old juvenile is facing a murder charge in connection with the death of a Homerville infant.

On Wednesday, March 4, at approximately 3:30 a.m., the Homerville Police Department responded to a Poppell Square address in reference to a report of an unresponsive infant child. Upon arrival, officers performed CPR on the child until EMS arrived. The child was transported to Wolfson Children’s Hospital in Jacksonville, where the child was pronounced dead from the injuries. The following day, the Douglas office of the Georgia Bureau of Investigation received a request from the Homerville Police Department to assist with the case. 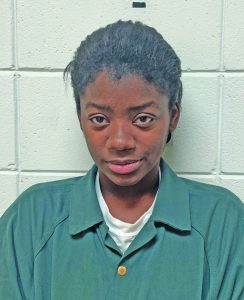 After her arrest, Meriweather was transported to the Coffee County Jail, and the juvenile was turned over to the Department of Juvenile Justice.

The investigation is ongoing. Anyone with information regarding this case can contact the Homerville Police Department at 912-487-5306 or the Douglas GBI office at 912-389-4103.