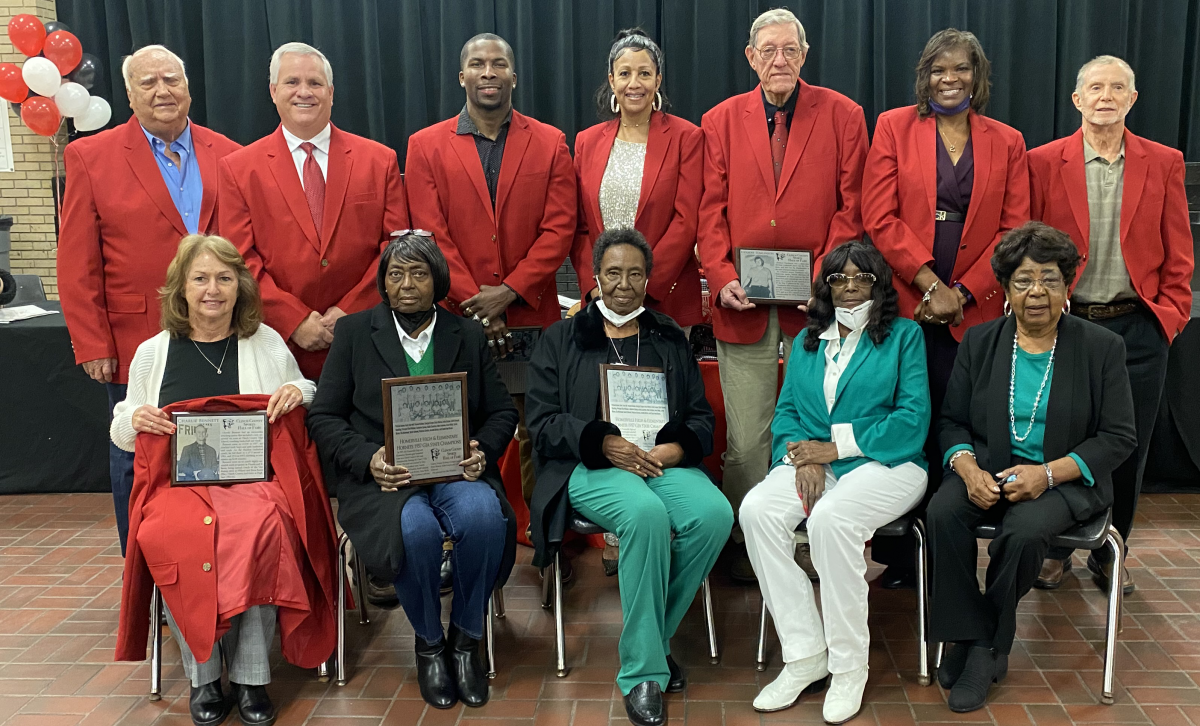 You can watch the live-stream of the Hall of Fame ceremony on the Clinch County News Facebook page.

“The people we’re honoring today could have very easily been in the first (Hall of Fame) class. We have plenty of people worthy of recognition, and it’s difficult for us to pare them down to a class,” said Hall of Fame committee chairman Len Robbins in opening remarks. “The people we’re honoring today are the best of the best in the rich history of Clinch County athletics.”

The 1957 Hornet basketball team was inducted, and four members of the team were there to represent Clinch County’s first state title team. After each inductee was introduced, they were welcome to make remarks.

Hall of Fame inductees were presented a red blazer during the ceremony, and also received a plaque. A replica of that plaque was put in the Hall of Fame trophy case in the gymnasium lobby.

Robbins said  the committee made plaques for each member of the 1957 state championship team. Family of 1957 team members can pick up their plaque at the Clinch County News office during normal business hours.