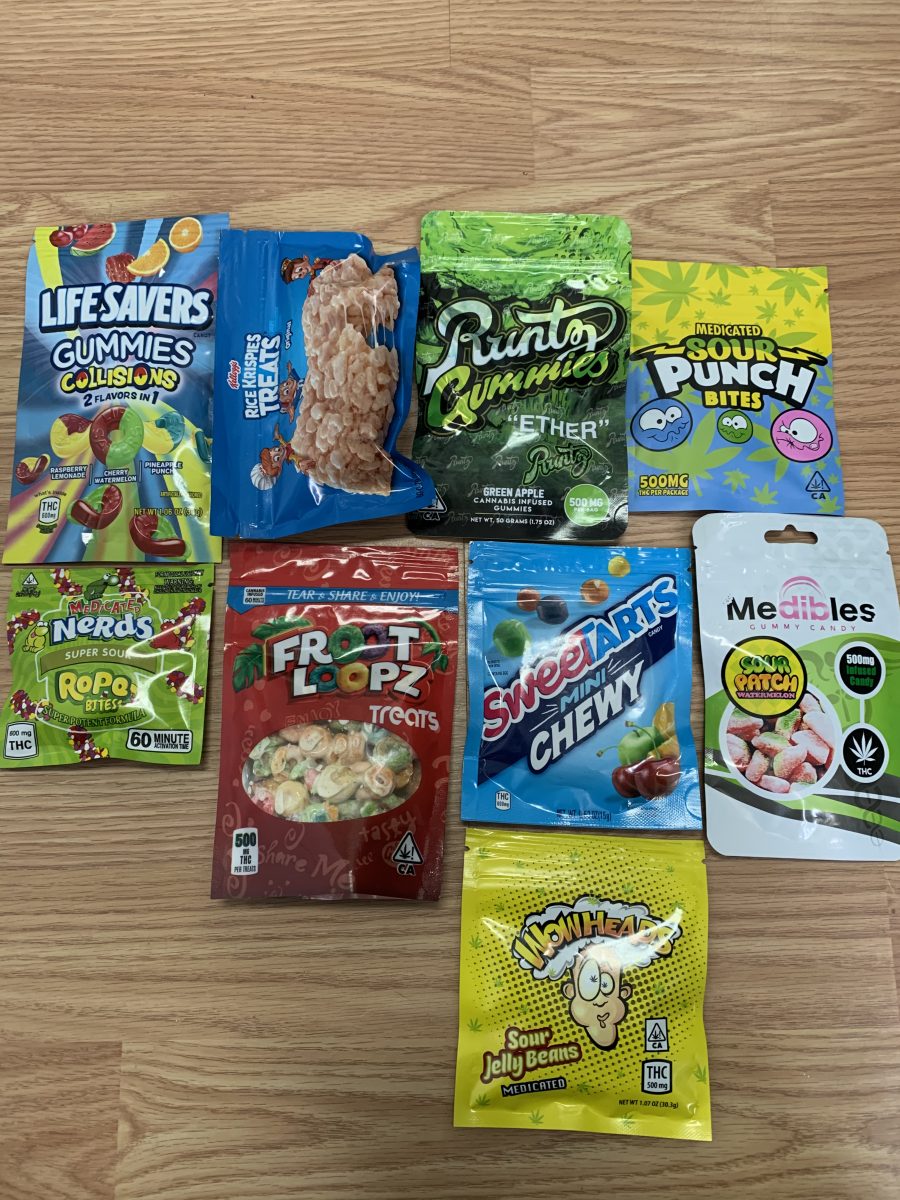 Above are some of the THC-laced items confiscated during a recent bust in Homerville.

During the arrest process, officers uncovered a substantial quantity of THC marijuana-laced edibles in Rucker’s residence. These are especially dangerous because they are packaged like normal candy products and could easily be mistaken for them. THC (Tetrahydrocannabinol) is the main psychoactive compound in cannabis that prompts people to get high when smoking it or ingesting it.

“These candy edibles are now being distributed to our children,” said Homerville Police Chief Desmond DiLorenzo. “They appear to be legitimate candy bars and gummies. A recent accidental exposure to this type of THC left a 6-year-old boy from Jacksonville unresponsive, and I don’t want to see that happen here. Just having one of these edibles is enough to earn a felony charge.”

Rucker and McCain were both released during their initial first appearance, but Lacey remains behind bars due to a bond revocation for a previous narcotics arrest.