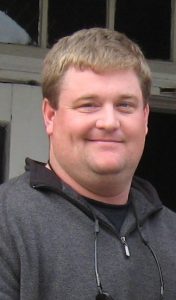 Tom Kennedy has resigned as Homerville’s mayor, and plans to run for Clinch County Sheriff.

Kennedy, who plans to qualify for the Clinch County Sheriff election in March, said he will work with Mayor Pro Tem Willie Hardee and the city for a smooth transition. Hardee will serve as Mayor Pro Tem for the remainder of Kennedy’s term, which runs through 2021. Kennedy was mayor for two terms, and a city councilman prior to that. The city council will operate with Hardee as Mayor Pro Tem and three city council members until that mayoral election next year.

In other action from the meeting, held at the Homerville Municipal Complex:

•  City Manager Nan Mikell announced Homerville has been renewed as a Tree City 2019 by the Arbor Day Foundation. She stated that people who lived in the city limits needed to check with the city before cutting any trees to see if they need a tree permit.  The grant requirements state the city needs to maintain records of the kinds and numbers of trees cut down during the year.

• The J. Donald and Laurelle Lee Family Foundation donated $35,000 towards Christmas decorations. Mikell said these funds paid for the new “No Place Like Homerville for the Holidays” lights at the east and west ends of Dame Avenue. In addition, ornaments for the big tree and replacement bulbs were also purchased using these funds.

• An inspection will be conducted at the Homerville Airport on February 21. City workers are cleaning the area. Other discussions about the airport included a visit to the Cross City, Fla., Airport. Kennedy said that airport will offer insight on how to make the local landing strip profitable. Mikell said two different fuel companies have expressed interest in serving the airport.

• Main Street Director Rebecca Carter said her office in the Depot is open to visitors and the back area is also a showcase of items from Homerville and Clinch County. A Downtown Development Authority/Main Street meeting on February 20 will gather local leaders, community partners and economic developers for “brainstorming and sharing ideas.” Councilman Len Robbins stated repairs needed to be made at the Depot and a list should be generated of these with immediate action on those repairs that “don’t require a bunch of money.” The council agreed usage of the building required maintenance and upkeep.

• Police Chief Desmond DiLorenzo stated a second company interested in monitoring the school zone on Highway 441 in front of Clinch County High reported 588 speeding violations of the 25 mph speed limit in a single day. The council will consider the proposals at their next meeting.  The body and dash cameras used by the department will use Axon, an Arizona-based company that stores all files online, which allows immediate streaming access to the district attorney and other law enforcement entities. The department has new tasers, which officers will be trained in use. Also, the department applied for a grant to update technology from computers to portable radios.

• At Councilman Willie Hardee’s request and council approval, the city will donate a car from the police department that is no longer in service to the Clinch County EMS. Hardee said an extra vehicle is needed in cases where multiple calls come in or an ambulance is in the shop. He stated the EMS director shouldn’t use his personal vehicle if the city had available.

• Robbins asked for the sign at Pine Forest Cemetery to be replaced at the west entrance. The sign was damaged recently, and the council agreed to have the sign be constructed similar to the one at the main entrance off Dame Avenue. Mikell said she would get prices on how much that would cost.

The council entered executive session to discuss personnel and real estate, but no action was taken.