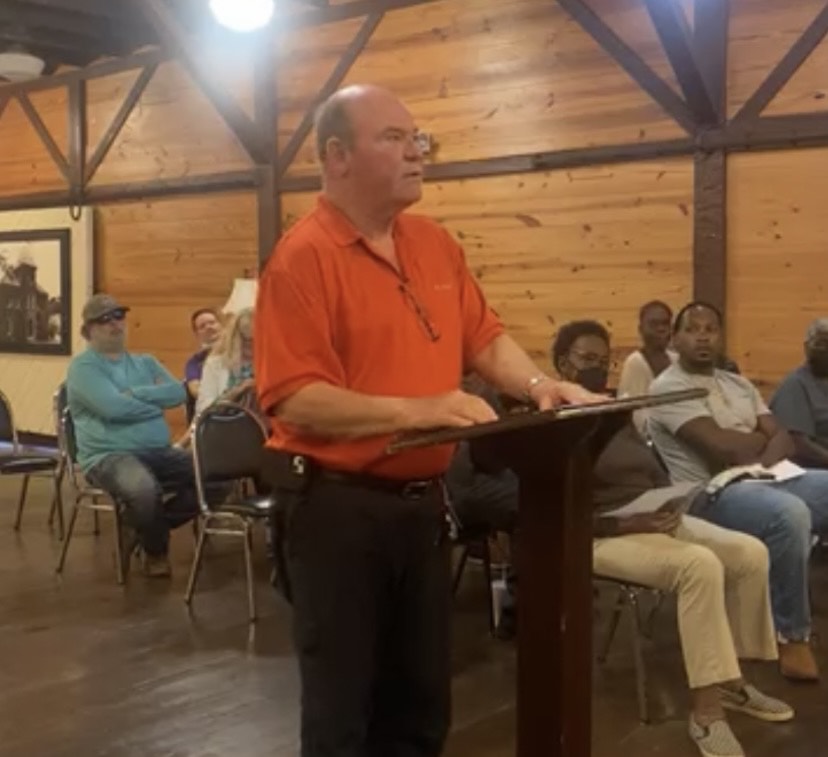 At the meeting, Homerville Zoning Board Chairman David Hinson was on the agenda to speak to the council about Mayor Blitch bypassing protocol and issuing a building permit after the zoning board and city council had already acted  on the issue.

In  January of  2022, Hinson said  that construction started on a building on Smith’s property. Hinson said that after Brooks Blitch IV was elected as mayor, he called City Hall and told an employee to grant a building permit to Smith for his house.

Thursday night, Hinson brought the issue before the council to inform them of what had been done.

“In my opinion, the permit was obtained fraudulently, from both parties involved,” stated Hinson. “The zoning board, and the citizens of Homerville, I believe, want and expect the rules and regulations as set forth by the city council, to be followed. We live in a democratic society and if we don’t like something, don’t agree with it, there’s a process to take care of it. You go through the process.  But you don’t take it upon yourself to violate that rule.  If you violate a rule or a regulation, you have to pay the consequences. If no consequences are imposed, you’re going to set an awful precedent.”

After Hinson’s presentation, Blitch insisted he didn’t know he didn’t have the authority to grant a building permit, and was not aware of the previous decisions of the zoning board and city council concerning the property.

“I didn’t know I was violating anything,” Blitch said. “How the heck should I know? I just thought someone was asking me to do them a favor, and I did it. I do it every day. I had no nefarious intentions.”

Blitch then said he had issues with zoning in the city.

“If you would read your zoning board regulations, you would find out  we have zoning codes,” replied Hinson. “Right across Forrest Avenue, there’s a very similar building. That’s in a different zone. Different parts of the city are designated in different zones. That’s the law set by the city.”

Hinson also added that the building permit ordered by Blitch was not signed, and was not legally binding.

“I apologize and didn’t mean any disrespect and had no idea that’s what I was doing,” replied Blitch.  “Not because I’m stupid. And don’t tell me I should have known. Why should I have known? Who would have told me?”

Hinson replied with: “Like a lot of lawyers and judges say: You either knew, or you should have known.”

Others at the meeting also spoke about the mayor ordering the permit without going through proper process.

“It’s really about property value,” stated Paul Fulton, who lives in the neighborhood. ” If you build a 3,000-square-foot house in that neighborhood, and then someone builds a 600-square-foot house on that street and against zoning, it’s going to bring down property values of the house you’ve already built. That’s kind of why zoning laws exist. It’s to protect the homeowners and their investments. What’s right is right and what’s wrong is wrong. The city council had already made that decision. My concern is that the city council has this authority, and by the way this has been done, the mayor has taken this authority from you, and I don’t want that to become a precedent.”

After a few more minutes of discussion on the issue,  a motion was made to allow City Attorney Chad Corlee and City Manager Wallace Mincey to pursue any angle necessary to stop construction on the property.  If Smith wishes to continue building, he can submit another application for a building permit and go through the process again.

In other action from the meeting:

• Christopher Johnson  approached the council about several community issues. Johnson provided every council member with a packet containing documents pertaining to things that he felt like the council should take a look into. Among those issues was the K9 that was donated to the city by former police chief Desmond Dilorenzo. Johnson wanted to know where the dog is now if it was supposedly donated to the city after the city handed over several thousand dollars to have the dog trained. Johnson also complained about newspaper coverage of his arrests and of others. The council informed Johnson that they would look into the issues presented.

• Trevor Posley approached the council about repairs to the Pea Ridge Park. Posley stated that he had spoken with several people that had offered to pay for, and complete repairs, to several of the issues at the current park.

“Our kids have to walk across an entire neighborhood, a busy four lane highway, and then a good ways further to have somewhere to play ball  when we have a location in our community that needs repair,” said Posley.

Blitch told Posley that he wanted to help the community fix the park up, but that they needed to include the Pea Ridge Park Committee that meets this Tuesday, and get their input on the matter before they acted.

• Heard a report from Carol Glaze about clogged ditches and abandoned buildings in the Pea Ridge community. Glaze stated that one of the ditches hadn’t been cleaned out in years and keeps getting worse. She also suggested that the city contact the owners of the abandoned properties and tell them to clean up their property and demolish their abandoned buildings to help the community look better. The council agreed to look into the issue and see what could be done.

• The council approved a by the drink and consumption license for Big Daddy’s on 84, a new restaurant that will be opening up where the current Daylight Donuts is. Construction is under way to utilize both sides of that building.

• Approve an Eagle Scout project for Easton Rodriguez to complete some repairs on and paint the gazebo.

He said  they had 140 applicants for the job, and about that the city is also considering hiring a janitor for city hall.

• Mincey spoke to the council about delinquent business licenses, stating that several of the town’s  businesses are delinquent on filing for the year.

• The council approved the minutes from the February meeting.

• The council closed regular session, and went into a nearly two-hour long executive session to discuss personnel. No action was taken. 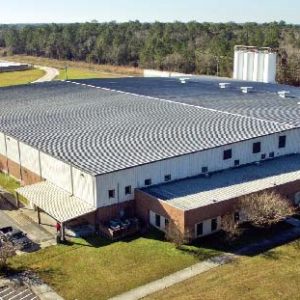 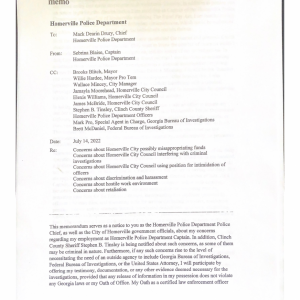 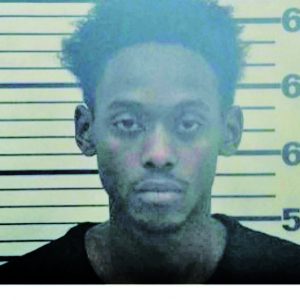 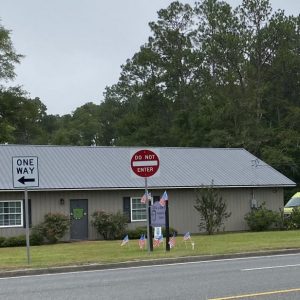