At Thursday’s Homerville City Council meeting, it was announced that a Popeyes Louisiana Kitchen restaurant will soon be open in Homerville. 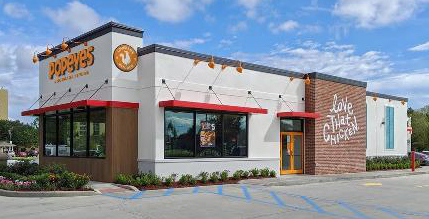 An engineer from Savannah presented plans for the fast-food restaurant to the council, saying construction will start soon at a location on South Church Street, between the old Fred’s building and Dollar General. He said the design of the restaurant is similar to one his firm designed in Jesup, Ga. (see photo). He estimated construction could take 4-to-6 months, but could be longer due to availability of materials.

The News will have more on this development in its next print edition.