It wasn’t the season Terrence George was expecting. 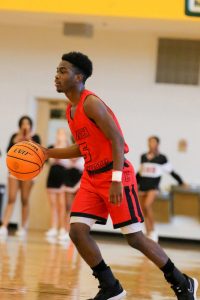 That season ended in Atlanta Saturday, as Drew Charter defeated George’s Clinch County Panthers 88-62 in the first round of the Class A basketball playoffs.

“Even though the score ended up the way it did, we managed to keep it close most of the game,” said George, whose team ends their 2019-20 campaign at 12-13. “For all the circumstances we were facing, we made a game of it. Our guys were undersized, but played hard. It was a game of runs, and they had the last one, and we didn’t have time to answer.”

Drew Charter came out of the gate hot, scoring the game’s first 14 points. But the Panthers battled back, mostly behind the sizzling shooting of junior guard Jeremiah Williams. They went on an 11-0 run, cutting the hosts’ lead to 14-11. The Eagles then outscored Clinch 13-3 over the rest of the opening quarter, leading 27-14 going into the second stanza.

Clinch cut that lead to 34-30 with a little over two minutes left in the first half. Drew Charter then finished strong, leading 44-31 at halftime. Williams had 19 points at intermission to lead Clinch.

The fourth quarter belonged to Drew Charter, as they built a commanding lead, winning by 24, 88-62.

The Panthers came into the 2019-20 season with a lot of promise. The previous season, they were the region runner-up, with an 18-9 record, and returned starters in 6-7 senior Jeremiah Johnson, 6-1 senior forward Braylon Kinlaw, 5-8 senior guard Keshaun Tolbert, and 5-7 junior guard Jeremiah Williams. During the summer, they were dominant, winning Valdosta State’s summer tournament.

But Johnson was ineligible for the first part of the season, then played only a handful of games and left the team. Kinlaw suffered a season-ending knee injury. And then a number of varsity players quit over Christmas. At the end of the season, George was playing with only four players (Tolbert, Williams, Zack Robbins and Anthony Ingram) who started the season on varsity. The rest were moved up from the junior varsity. Saturday, at one point in the first half, the Panthers had three freshmen (Ingram, Tucker Robbins and Danny Fountain) on the floor against the Eagles.

“We had three experienced guys at guard (Tolbert, Williams and Robbins), but the rest of them had to be thrown into the fire,” said George. “Just to be able to make it into the playoffs was an accomplishment. This was a year where we had to grow up, and I had to grow as a coach. I won’t look at this season as the year that could have been. It was the season that God gave us, and we all grew up a lot and learned a lot from it.”