Another candidate has announced his intention to run for Clinch County Sheriff. 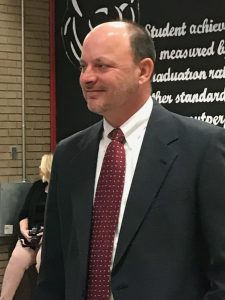 John Davis has announced that he is running for Sheriff of Clinch County.

John Davis, currently the chairman of the Clinch County Board of Education, has announced that he plans to run for Sheriff in 2020. He joins Homerville Mayor Tom Kennedy as the challengers thus far for incumbent Sheriff Raymond Peterson.

Davis has served as the Chief of the Alapaha Judicial Circuit Department of Community Supervision (Probation/Parole)  since 2014, and is retiring after 30 years of service on March 1.

Davis’s term on the Clinch County Board of Education ends this year, and he is not seeking re-election to the school board.

Qualifying for the May 19 primary election starts on March 2 and ends on March 6. All county constitutional offices, including Sheriff, will be on this year’s ballot. Those offices include: Sheriff; Clerk of Superior Court; Judge of Probate Court; Tax Commissioner; and Coroner.

Longtime Probate Court Judge Karleen O’Berry announced recently that she was retiring, and not seeking re-election. Kimberly Smith, who works in that office, has announced that she plans to run to replace O’Berry.