Fred’s stores in Homerville and Lakeland will be closing soon – as the national discount merchandiser is shutting down all of its stores and filing Chapter 11 bankruptcy.

“Despite our team’s best efforts, we were not able to avoid this outcome,” Fred’s CEO Joe Anto said in a statement. “I want to thank all of our employees for their hard work and continued support of the Company as we wind-down our operations.” 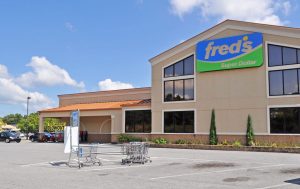 According to reports, the stores will close after out-of-business sales wrap up – within 60 days.

Fred’s had 568 stores in 15 states in the United States, as of February of 2019. But after multiple rounds of store closures, the company was left with about 80 locations in recent weeks.

The News will have more on this story in its next edition.