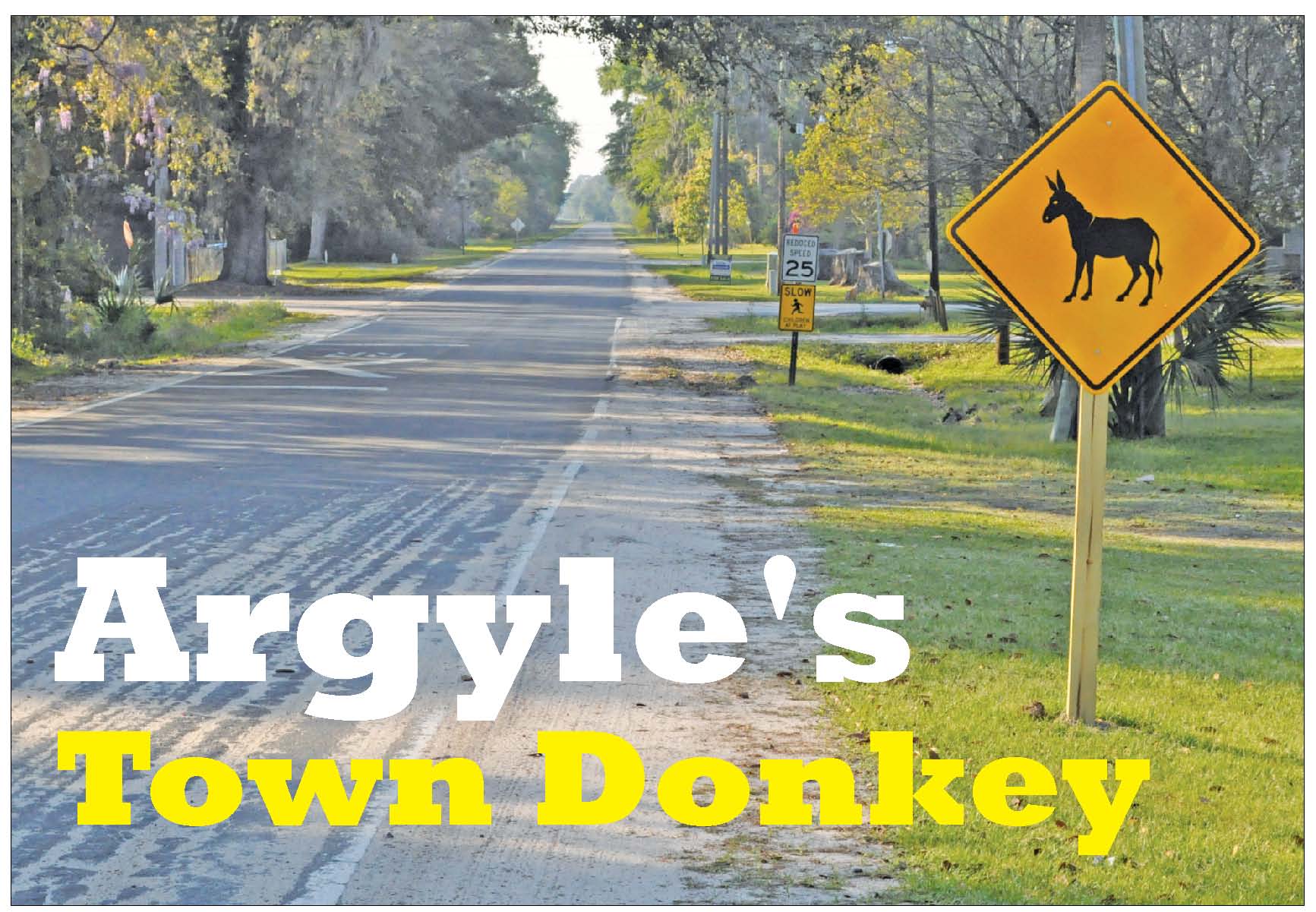 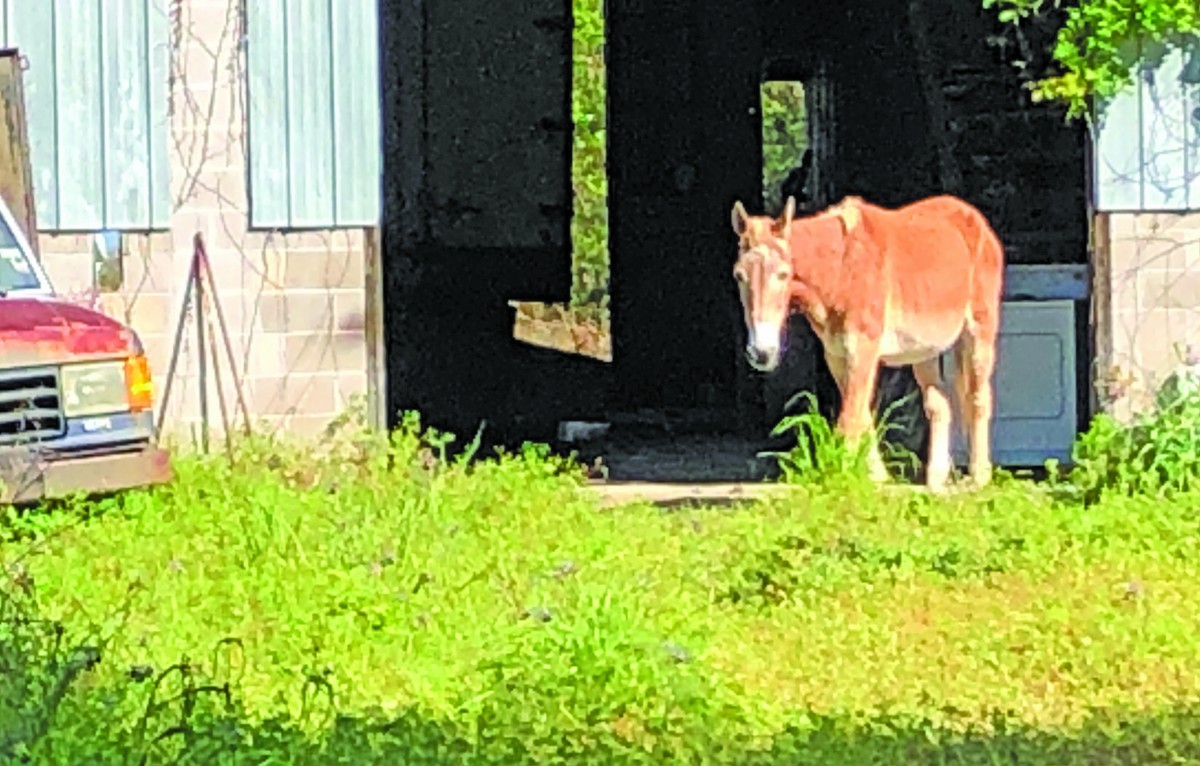 Pictured is Sambo on a lot off Church Street in Argyle recently.

The City of Argyle’s town jackass isn’t the guy who complains about everything at the city council meeting.

No, it’s Sambo – who is an actual jackass.

Sambo, a donkey owned by the Bennett family in Argyle, has become Argyle’s town mascot over the years, known for wandering around the small town at his own leisurely pace. Recently, the city put up “donkey crossing” signs on Jamestown Road to warn motorists that Sambo may be crossing the street. The signs are on the south side of town heading into Argyle, and just across the railroad tracks for motorists going south on the road.

“We put those signs up about three or four months ago, after someone almost hit him at night,” said Argyle Mayor Kaye Riley. “People sometimes speed down that Jamestown Road, Antioch Church Road, and we wanted to warn them to be careful in that area, and watch for Sambo.”

Riley said Sambo has been a fixture on the streets of Argyle for years – at least over a decade.

“He’s kind of like our city’s mascot,” said Riley. “Nobody runs him off. He tends to go in certain spots where there is fruit and things to eat around town. He’ll come to my house when our figs are blooming, then go down the street when the pears are in season. People stop and take pictures of him all the time.”

Riley said Sambo rarely goes north of the old Highway 84, and generally stays in the vicinity of Oak Lane, down to Church Street, and south of the railroad tracks. Occasionally, though, he has been known to wander north of that.

“I had a call one night at 2 a.m. that he was in the middle of Highway 84,” Riley said, of the old 84, which is just north of the tracks. “I don’t know why he went up there. He usually doesn’t do that. He’s very old, and has his usual routine.”

The mayor recently thought Argyle may have to remove their “donkey crossing” signs.

“He (Sambo) was laying down in my yard, and I thought he was dead,” she said. “I called my husband and he asked me if Sambo’s legs were straight out and stiff. They weren’t. He said he wasn’t dead, just taking a nap. A little while later, he (Sambo) got up and walked off and was fine.”