According to a study by the University of Georgia, Clinch County could suffer “economic damage on the scale of the Great Depression” if a proposed trade agreement with Mexico is enacted without substantial changes.

The United States Mexico Canada Agreement (USMCA) – the Trump administration’s proposed replacement for NAFTA (North American Free Trade Agreement) – lacks protections for vegetable and fruit growers in the United States, allowing below-market produce grown in Mexico into the U.S. market. The study says Mexico’s low labor costs, less-stringest regulations, and governmental subsidies allow Mexican fruit and produce to sell well below the costs of Georgia’s products. The study says the impact on Georgia could be a loss of $1 billion annually, and 8,000 jobs.

“For a county to lose over 40 percent of its income, as Clinch and Echols are forecast to experience, is economic damage on the scale of the Great Depression,” states the study. “While the state of Georgia could withstand the economic damage forecast here, a number of counties would be particularly hard hit, with damage similar to past recessions or even the Great Depression for the three counties (Clinch, Echols and Bacon) hardest hit.”

Clinch and Bacon counties are the state’s leaders in bluberry production, and Echols County is one of the state’s largest producers of vegetables.

Local and state officials are aware of the possible ramifications of USMCA, and have been lobbying Congress to defeat the bill, which has yet to be voted on, or make changes to it. In a letter to U.S. Senator Johnny Isakson of Georgia, dated September 2018, Georgia’s Agriculture Commissioner Gary Black, said: “The Mexico-NAFTA trade proposal in route to Congress is unacceptable in my view. The action taken by the (Trump) Administration to abandon seasonal protection for fresh fruit, vegetable and pecan producers is tantamount to distributing U.S. government-printed ‘going out of business’ signs across a substantial part of rural Georgia and the Southeast.”

Clinch County blueberry farmer Russ Goodman, who serves on the Georgia Blueberry Commission board, recently went to Washington D.C. with a group of agricultural leaders to lobby legislators about the issue. He said most of the Georgia and Florida congressional delegation have vowed to vote against USMCA in its current form.

There is hope the Trump administration will change the USMCA agreement to protect Georgia farmers. Just last week, the U.S. Commerce Department announced a 17.5 percent tariff on tomatoes grown in Mexico.

“The Department of Commerce remains committed to ensuring that American domestic industries are protected from unfair trading practices,” U.S. Secretary of Commerce Wilbur Ross said in a statement concering the tomato tariff. “We remain optimistic that there will be a negotiated solution.”

Goodman said Georgia farmers typically spend 25 percent of their costs on labor, whereas Mexican laborers are paid $1 an hour to work on farms there, putting American farmers at a substantial disadvantage.

“Something like that tomato tariff is what we need,” Goodman said. “There’s no way we can compete with Mexico with the regulations we have versus the regulations they have. When we you consider the difference in labor costs and environmental regulations, it’s an unfair advantage.”

The UGA study also cites a significant increase in blueberry and vegetable production in Mexico in recent years, subsidized by the Mexican government. With more and more production in Mexico, the issue will became more substantial, unless protections are established for U.S. farmers.

“The proposal (USMCA) is good for a lot of farmers, but not for a lot of us in Georgia and Florida,” said Goodman. “Farmers in general are taking it on the chin. If this comes to pass, it will be devastating to farming in our part of the country. And devastating to these communities. Farming is Georgia’s number-one industry. There are a lot of taxes paid by farmers, a lot of jobs created by farming. It’s a huge part of the economy here. We’ve got to continue to put pressure on our congressional people to do something about this before it’s too late.”

While U.S. and Mexican officials have agreed to conditions of USMCA, it still needs to be approved by Congress.

You can access the UGA study by clicking here 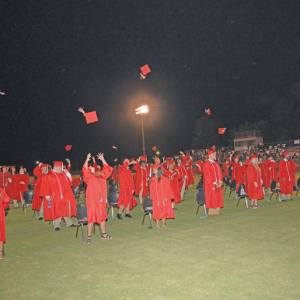 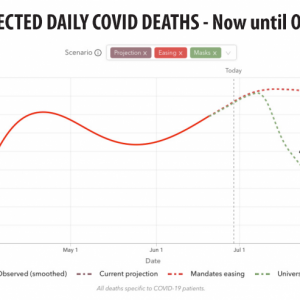